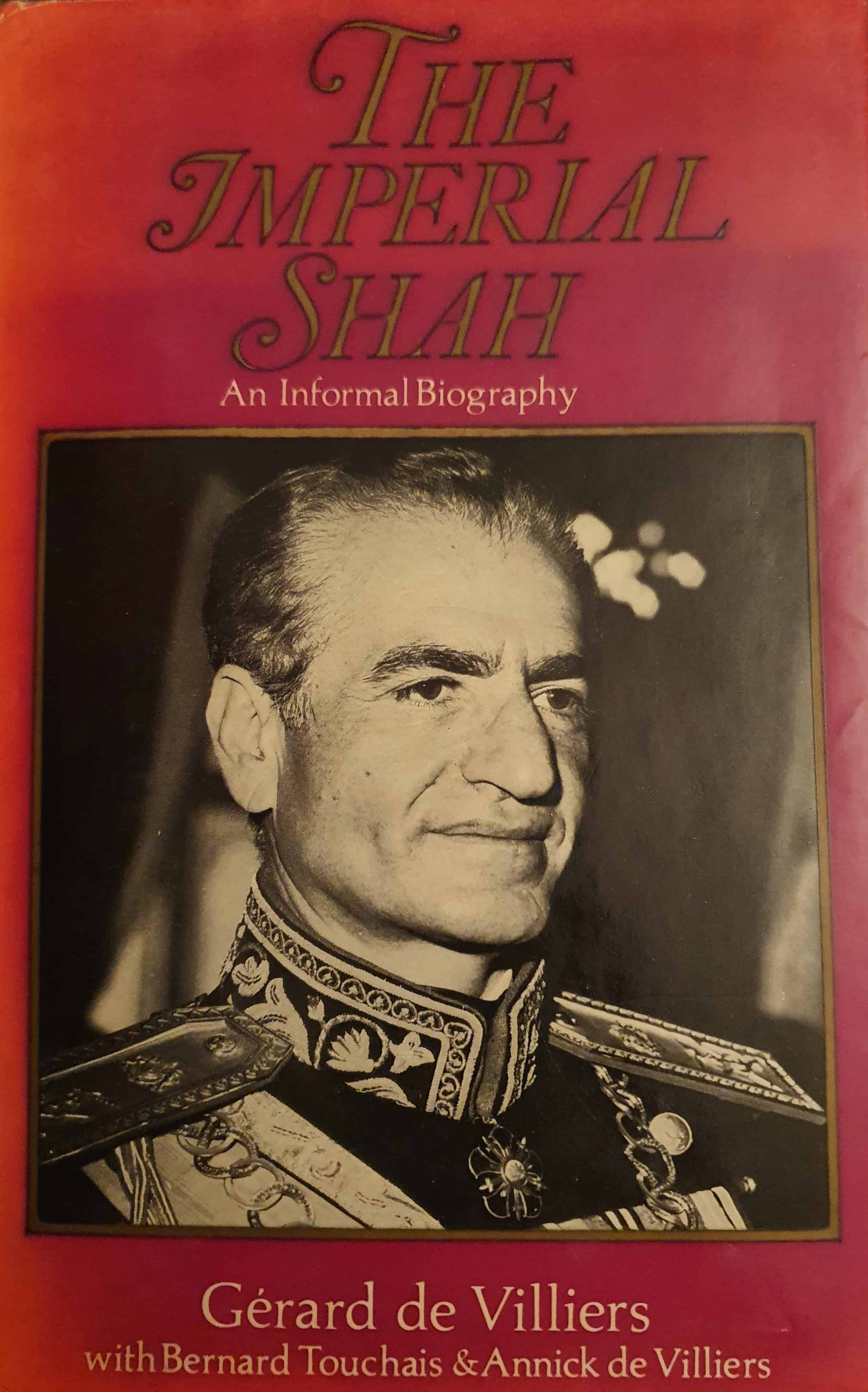 The Imperial Shah: An Informal Biography

Mohammed Riza Pahlevi, the Shah of Iran – polished diplomat; self-crowned emperor; a modern executive and charismatic leader; a devoted family man whose court is a model of Victorian dullness; and an audacious sportsman and aviator who, after a miraculous escape from a point-blank assassination attempt, has come to believe that Allah will protect his life until he has fulfilled his destiny.

Gérard de Villiers combines a crack journalist´s objectivity with shap Gallic skepticism in this informal biography of the cool, Napoleonic ruler whose nation is the fulcrum of the US-USSE power seesaw in the Middle East. The primary force behind the inflation of world oil prices, Israel´s principal supplier of oil (whose agreement was crucial to the Israeli-Egyptian détente), the world´s third largest air power, and a modern industrial country with welfare programmes more comprehensive that Sweden´s, Iran today is an iron dictatorship secured by one of the worlds most extensive and ruthless organizations of secret police in the world. Yet only thirteen years ago, Iran was a weak, impoverished state, shaken by tribal wars, exploited by foreign oil companies, dominated by the political self-interests of Great Britain, the Soviet Union, and the United States. What brought such a major transformation in so short a period of time?

As the author reveals in a narrative containing much hitherto unpublished material, many of the reasons behind Iran´s astonishing progress, as well as many of its present and future problems, can be traced to the personal history and character of the Shah himself. De Villiers writes: “My only concern is to tell the story of this man of many contradictions with one foot in the past and the other in the future. Once a frail and romantic young man little given to serious pursuits, he is now undisputed ruler over thirty-three million Iranians, and one of the world´s most powerful heads of state… A man with a winter palace and a summer palace who smokes Gauloises and speaks an Oxford English with a French accent. A mystic who has spent his life battling with his country´s regressive religions hierarchy. A man who has created one of the most fearsome police forces in the modern world but who systematically pardons those who try to assassinate him…”

Grounded in fifteen years´ intimate knowledge of Iran, a close personal acquaintance with the major figures in the Iranian government, and several long, candid interviews with the Shah himself (during which he dodged not a single question), de Villiers´ racy, vivid biography sets the record straight on the Shah´s remarkable ascent from callow playboy to all-powerful monarch of a vital Middle Eastern nation.