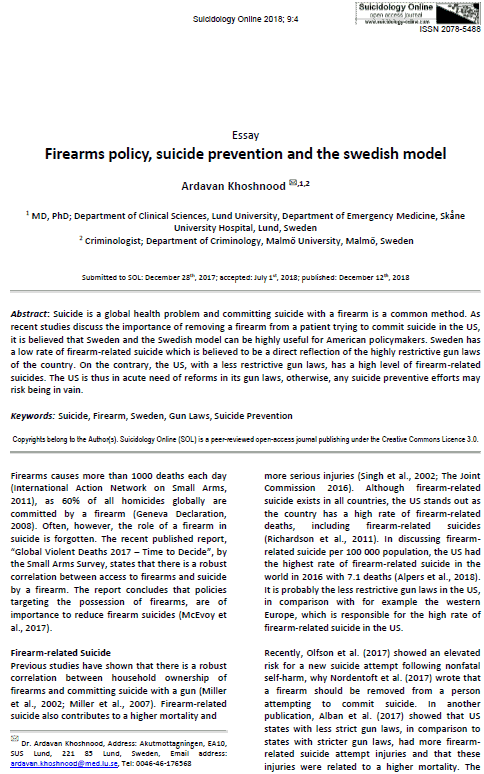 Suicide is a global health problem and committing suicide with a firearm is a common method. As recent studies discuss the importance of removing a firearm from a patient trying to commit suicide in the US, it is believed that Sweden and the Swedish model can be highly useful for American policymakers. Sweden has a low rate of firearm-related suicide which is believed to be a direct reflection of the highly restrictive gun laws of the country. On the contrary, the US, with a less restrictive gun laws, has a high level of firearm-related suicides. The US is thus in acute need of reforms in its gun laws, otherwise, any suicide preventive efforts may risk being in vain.