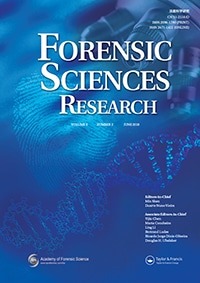 Sweden has witnessed an increase in the rates of sexual crimes including rape. Knowledge of who the offenders of these crimes are is therefore of importance for prevention. We aimed to study characteristics of individuals convicted of rape, aggravated rape, attempted rape or attempted aggravated rape (abbreviated rape+), against a woman ≥18 years of age, in Sweden. By using information from the Swedish Crime Register, offenders between 15 and 60 years old convicted of rape+ between 2000 and 2015 were included. Information on substance use disorders, previous criminality and psychiatric disorders were retrieved from Swedish population-based registers, and Latent Class Analysis (LCA) was used to identify classes of rape+ offenders. A total of 3 039 offenders were included in the analysis. A majority of them were immigrants (n = 1 800; 59.3%) of which a majority (n = 1 451; 47.8%) were born outside of Sweden. The LCA identified two classes: Class A — Low Offending Class (LOC), and Class B — High Offending Class (HOC). While offenders in the LOC had low rates of previous criminality, psychiatric disorders and substance use disorders, those included in the HOC, had high rates of previous criminality, psychiatric disorders and substance use disorders. While HOC may be composed by more “traditional” criminals probably known by the police, the LOC may represent individuals not previously known by the police. These two separated classes, as well as our finding in regard to a majority of the offenders being immigrants, warrants further studies that take into account the contextual characteristics among these offenders.