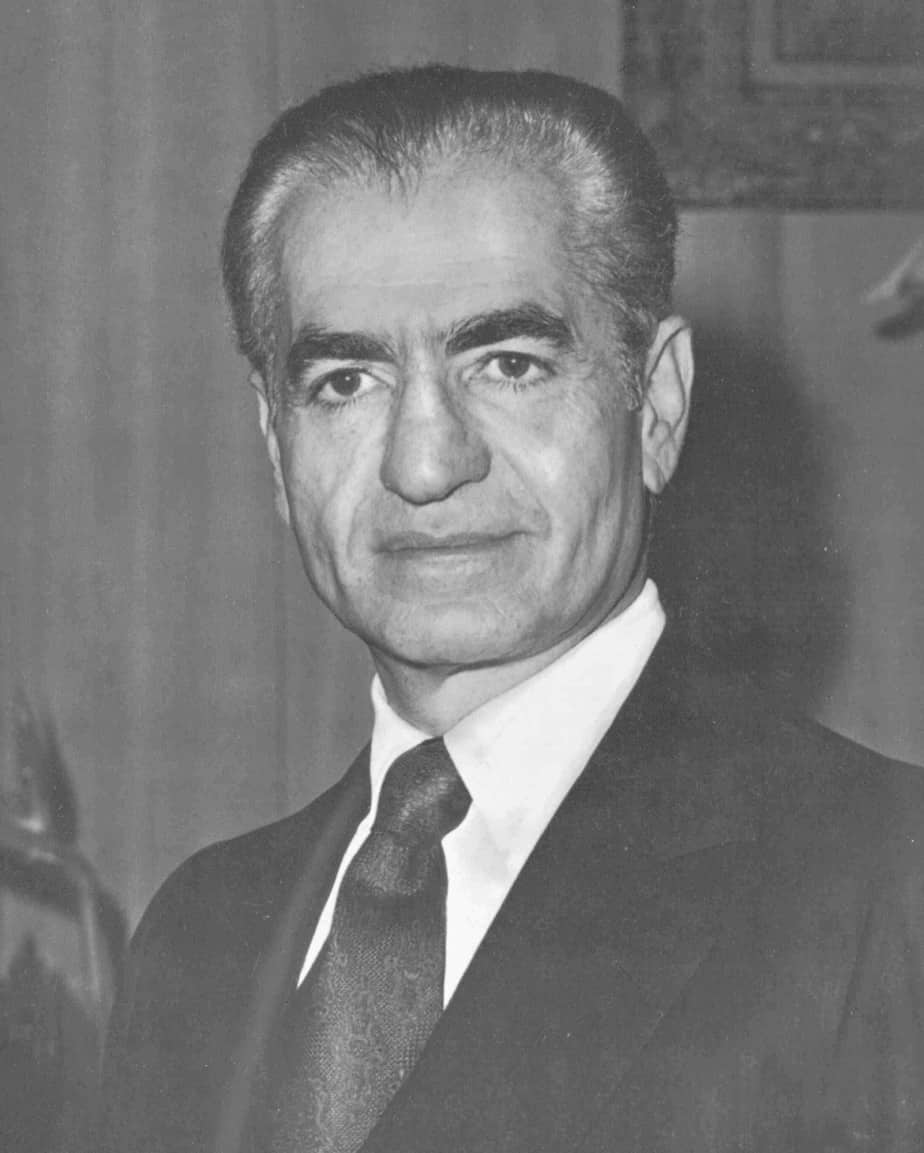 On July 27, 1980, at 9:45 am in Cairo, Egypt, the Shah of Iran, Mohammad Reza Pahlavi, took a long deep breath and passed away. He had lost his long battle against a blood cancer which was kept a secret from his closest confidants and even his Queen, Farah Pahlavi, for years. Today marks the 40th commemoration of the Shah´s death and even though the majority of the Iranians were born after the Islamic revolution of 1979 which toppled the Shah, his legacy and memory is highly cherished.

Mohammad Reza Shah Pahlavi, born on October 26, 1919, became the Shah of Iran in 1941 after that his father, Reza Shah Pahlavi, was forced into exile by British and Soviet troops during the second world war. Until January 16, 1979, when the Shah left Iran after countrywide protests, he worked vigorously to modernize the country. His “White Revolution” launched in 1963 gave women the right to vote and actively participate in Iran’s future, an extensive land reform program was introduced which abolished feudalism, and the highly vital literacy corps, health corps as well as the reconstruction and development corps was initiated with the aim to make Iran prosperous. Soon, Iran was transformed from a tribal and poor country into an international economic, political and military power.

With the Shah leading the country, substantial foreign policy achievements were also made. Iran became the guardian of the Persian Gulf and contributed significantly to the regional security “in one of the most troubled areas of the world” as put by the former US president Jimmy Carter. The independent and patriotic foreign policy of the Shah, however, often collided with the US policy and the policy of the rest of the Western block. The Shah, for instance, sought friendly relations with its neighbors, not least with Baathist Iraq and the Soviet Union which Iran shared a more than 2,000 kilometers long borders with. He pursued closer contacts with other socialist states as well, from Czechoslovakia and Yugoslavia to the west, to China to the east, to decrease Iran’s dependency on the US and the West. The Shah, despite several ultimatums from US presidents, even made significant efforts to increase the petroleum prices to achieve enough economic strength to develop Iran.

It is, nevertheless, of utmost importance, for the sake of understanding the time and life of the Shah, to not be dogmatic. Although Iran witnessed a massive modernization in all aspects of life and society, it is a fact that Iran was no democracy. Many important steps though were taken towards democracy, like strengthening secularism, diminishing illiteracy and investing on educating the people, contributing to the rise of a skilled and independent middle class, and supporting women’s empowerment, but more was needed and the Islamic revolution hindered the positive development of Iran. Of course, the shah showed little patience and interest in discussing his decisions and plans for Iran with his opponents, but his opponents is not without blame either. The opposition, from left to right and Islamists, insisted on opposing the Shah with any means necessary, including terrorism.

The Shah was called a puppet of the U.S by his opponents. Current evidence shows that this could not be far from the truth. The Shah was instrumental for Iran taking over as the guardian of the Persian Gulf and thus pushing the Americans and the British out from the region. The Iranian intelligence and security organization, SAVAK, was accused of the most horrific and bestially actions, which today have been shown to be highly exaggerated or even wrong. The death of many known (and unknown) individuals like the late Gholamreza Takhti – a renowned Iranian wrestler – Samad Behrangi – a writer – and Ali Shariati – an Islamic sociologist – were blamed on the Shah and the SAVAK. Today we know that Takhti committed suicide, and that the Shah nor the SAVAK had anything to do with the deaths of Behrangi (drowning) and Shariati (heart attack).

On September 8, 1978, another tragic event took place, this time at the Jaleh square in Tehran. Despite martial law, people had gathered at the square to protest the Shah. Clashes broke out and both demonstrators as well as soldiers were killed. While western media put the rate of deaths between hundreds and 15,000 thus fully demonizing the Shah, the Islamic republic of Iran in 1996 stated that “only” 64 individuals were killed at Jaleh Square. Later, it was showed that the opponents were also armed and fired into the soldiers.

In the many demonstrations in Iran today, the people openly cry for the Shah in their slogans. This became even clearer from the protests in November 2019 where 1,500 protesters were murdered by the Islamic regimes notorious security forces. Memorabilia from the Shah´s era are regularly sold in the open in Iran, and academics, being guests of the national Iranian television, have started to defend some of the actions of the Shah. One important reason for the opening seen in Iran in regard to the Shah is surely the regime’s attempt to control the discourse and perspectives on the Shah and normalize him as a means of making him less important in the current turbulent political situation of Iran.

With this said, what is the Shah´s legacy today? Why has he become so important again? Even though the current Iranian regime have made relentless efforts to demonize the Shah and altogether rewrite the history to present him as a despot, the Shah still plays an important role in Iranian politics. The massive propaganda against the Shah have not only backfired, but nostalgia of the Shah´s Iran is flourishing among Iranians, especially the youth who never saw him. The wish to return to the 1970’s Iran is not only because of the brutality and mismanagement of the country by the current Islamic regime, or because the propaganda against the Shah have been proved to be false. Indeed, whatever good exists in Iran today is a rest from the Shah’s time and his policies. The people are very well aware of this. Andrew Scott Cooper best explains this in his book “The Fall of Heaven – The Pahlavi’s and the Final Days of Imperial Iran” (2016, page 8-9), writing:

It was the Shah who invested in the technology and purchased the reactors that started Iran’s nuclear programme. He championed the social welfare state that today provides Iranians with access to state-run health care and education. He raised the scholarship money that allowed hundreds of thousands of Iranian universities students, including many luminaries of the Islamic Republic, to study abroad at leading American and European universities. The Shah ordered the fighter jets that made Iran’s air force the most powerful in southwestern Asia. He established the first national parks and state forests and ordered strict water, animal, and environmental conservation measures. Perhaps it is not a surprise that Iran today has the look and feel of a haunted house. The man who built modern Iran is nowhere to be seen but his presence is felt everywhere.

The Shah´s legacy can thus not be denied, nor overlooked. His and his regime´s shortcomings, must be discussed with respect to not only his achievements and triumphs, but also to the history of Iran. We must ask, what type of Iran he took over and what type of Iran he left in 1979. It is quite clear that even though 40 years have passed since the death of the Shah, he is fully alive in the mind and conscious of the Iranian people. He is dead, yet Iranian demonstrators are calling for him: “Shah of Shahs – Rest in Peace” (in Persian: shahanshah – rohat shad”

Arvin Khoshnood
Author of numerous articles on Iranian domestic and foreign policy. He holds a master’s degree in political science and human geography as well as a bachelor’s degree in intelligence analysis from Lund University in Sweden.

2 Responses to “Shah of Iran Commemoration”

For some months ago I published an article in Forensic Sciences Research, about the increasing firearm-related violence in Sweden´s third […]

More shootings in Sweden than rest of Western Europe?

Only some days ago, the American Journal of Forensic Medicine and Pathology, published our paper on 19 victims of homicide […]