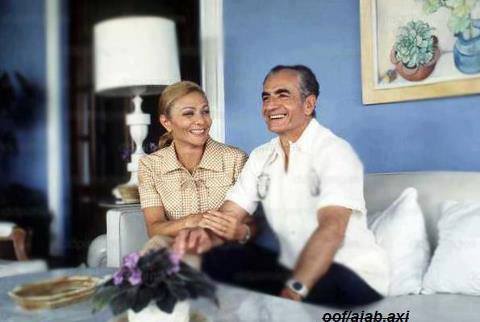 26 of October 2020, marks the 101 birthday of the late Shah of Iran, Mohammad Reza Shah Pahlavi. The Shah was born in 1919 and became the crown prince of Iran in 1925 as his father, Reza Shah the great, ascended the throne.

The Shah´s legacy can thus not be denied, nor overlooked. His and his regime´s shortcomings, must be discussed with respect to not only his achievements and triumphs, but also to the history of Iran. We must ask, what type of Iran he took over and what type of Iran he left in 1979. It is quite clear that even though 40 years have passed since the death of the Shah, he is fully alive in the mind and conscious of the Iranian people. He is dead, yet Iranian demonstrators are calling for him: “Shah of Shahs – Rest in Peace” (in Persian: shahanshah – rohat shad”).

The Shah dedicated his life to Iran and the modernization of Iran. When his father took control over the country, Iran was an impoverished, underprivileged and weak country. Reza Shah heavily modernized the country, and when he was forced to abdicate by the British, his son, Mohammad Reza Shah, continued the modernization of Iran. In less than 30 years, the Shah had transformed Iran to not only a regional economic and political power, but also to a world power. One of his foremost accomplishments were the freedom he granted Iranian women. The female population of Iran – as one of the first in the Middle East – was not only granted the right to vote, but they could also be elected to office.

Now that more than 40 years have passed since the Islamic revolution of 1979 and the Shah´s death, most of the truth about his life, his rule, his overthrow, and his death have been revealed. These revelations, not least about the reasons and objectives behind the revolution, have been instrumental in why the Iranian people today are crying his name, and why his previous opponents are today his foremost advocates. Let us discuss the most previous one, Aref Arefkia.

Aref is one of the most renowned singers of Iran and known as the “Iranian King of Pop”. He is widely loved. He was, however, active in the revolution against the Shah in 1979. He also sang songs in support of the revolution. In an interview as late as 2013 – only 7 years ago – with the BBC, he stated:

“You see, we were all waiting for that revolution because we thought dictatorship would be destroyed and freedom would be achieved. And parties, newspapers and magazines would be free.”

So even until 7 years ago, Aref was of the believe that the Shah was a dictator. Actually, Aref was such an opponent of the Shah, that when Aref left Iran behind in 1980, he also performed for the People’s Mojahedin Organization of Iran, an organization which during the reign of the Shah conducted several terrorist operations and is considered as an arch-enemy of the Iranian monarchy and the Shah himself.

Today, however, Aref is of another belief. In September 2020, close to two months ago, a single was produced by Aref called “Sarzamin-e Madari”, motherland. The music video is published on among others YouTube and widely distributed among Iranians. The song is about how Aref was forced to leave his country because of an event (=the revolution) and that he must one they be returned back to Iran (in case he passes away and cannot return for himself).

“The saddest song will not comfort the father, and no one will be a better friend to me like the son”.

It is said that hsitory is the best judge, and that with time the truth will prevail. In the case of the Shah it only took 40 years. He is deeply missed, not least today as Iran is weeping blood.

Further Clashes in Iran, More than 10 Have Been Killed

The clashes in Iran continue, as the protesters enter the 7th day of their demonstrations. For a background, please read […]

During the last weeks, specially the last days, several protest and demonstrations have occurred all over Iran. These are the […]