19 Victims of Homicide and Attempted Homicide in Sweden – Their Injuries, Cause of Death and Offender Relationship 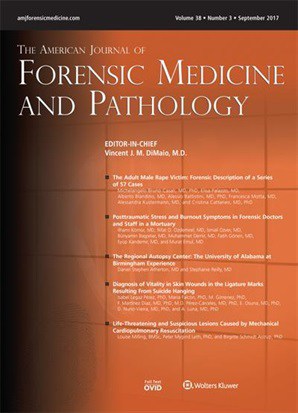 Victims of homicide and attempted homicide are not uncommon in Sweden. We therefore aimed to study these victims to understand their injuries, their cause of death, and their relationship to the offender. All cases during five years in a district court in Sweden, where an offender had been convicted for homicide or attempted homicide, were identified and the court documents reviewed. Nineteen victims were identified; 14 males and five females, with an average age of 39.1 years. Although knife/sharp weapon was the most common weapon used, the use of firearm caused more deaths. Our study shows higher rates of firearm use than many other countries. The most common anatomical site to be injured by knife/sharp weapon and firearm was the thorax followed by the head. The most common cause of death was hypovolemia, followed by intracranial injuries. The high rate of firearm use shows that firearms are common modus operandi in Sweden often causing lethal injuries, if the offender intends to kill the victim. Our results support other studies showing that it is foremost injuries to the vessels, intracranial injuries, and injuries to intrathoracic organs, which causes a victim’s death when assaulted with knife/sharp weapon or firearm.